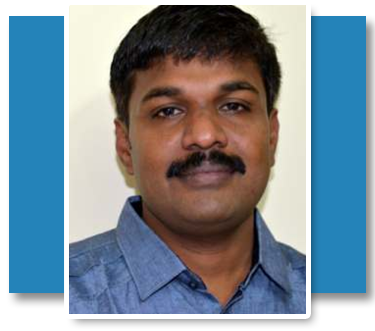 KARTHI EASWARAMOORTHY is the Co-Founder and the CEO of TicketGoose.com, an online bus ticketing E Commerce Company. The company was built from scratch by raising 5m USD investments from the investors who were in America. He successfully built this e-commerce company which quickly crossed 100+Crore turnover. Right now, he is the CEO of the TicketGoose.com, responsible for strategy, product, technology, digital marketing and investor relationship. Prior to co – founding TicketGoose.com,

Karthi worked at TIBCO Software Inc, USA, Sun Microsystems, USA, Oracle Corporation, USA and Hewlett Packard, Bangalore from 1993 to 2011. He worked in California for 15 years. During his stay in the United States, he successfully started a regional language FM radio station at the Stanford University Campus, California which later became the best known radio station for the Indian community living in the bay area, California. He is the founder and chairman of the non profit organisation IndiaTEAM.org which is being operated out of California, USA. This organisation was found by him in the year 2000. It has helped thousands of government schools so far in various states in India and has helped students for higher education.

Karthi’s TEAM every year conducts one of the biggest volleyball events in California to raise funds along with having regular donors.

He is so passionate about digital/online marketing using search engines like Google, Bing etc and the social sites like Facebook, Twitter and Instagram. He is one among the best brains and strategists available in digital/online marketing ranging from SEO (Search Engine Optimization), SEM (Search Engine Marketing), SMM (Social Media Marketing), and Google Analytics, Ad campaigns, affiliate marketing and content creation. He is passionate about training and mentoring people on startups, digital marketing and sales process setup etc. He has been constantly appearing as a key note speaker in various entrepreneurship forums.